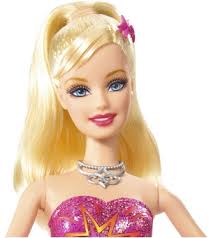 Imagine if you will, a world in which every man typified the quintessential male: tall, muscular, hairy, possessing remarkable strength, a very deep voice and stereotypical emotional traits of insensitivity and bullishness. In addition to this, all these males were driven by success, excelled in science and maths and were the epitome of logical thinking and toughness.

Every one of them. No other variants.

Your husband or brother or boss. Every guy in every shop and social setting – some kind of life size, hirsute Ken doll with a fierce disposition.

Now imagine every woman as some kind of softly spoken, highly sensitive and emotional Barbie doll.

Stop! I hear the collective cries of protest across the Web rise up.

We all instantly recognise how variety and difference make for an interesting world. The thought of universal conformity, or everyone personifying the extreme stereotype, horrifies.

So, why then do we try to pigeonhole and define genders? Why – despite the obvious biological differences and a few generalities which tend to be common (though certainly not universal) – do we often project our image of maleness or femaleness onto others, maybe even our own children?

Before you start thinking that I’m one of these progressive types who believe in making girls play with trucks and boys try on angel outfits … I am not. (Though I would certainly have no qualms about letting them play with whatever they want).

What I am is a firm believer in letting people be what they should be. If we were to imagine a scale of gender for men and women, that went from 0 to 50, where 50 meant that you were recognised as the paragon of masculinity or femininity, and where 0 meant you had the biological parts – but little else that fitted in with society’s notions of gender – why could we not accept this simply as variation? Instead of trying to say that someone is less of a man or woman?

And how about the freedom to move up and down those scales throughout different stages of one’s life? I’ve certainly experienced different phases…

Back in the 70s I was free to be a tomboy. No one really talked about it, but when I heard the phrase once and read about it in Famous Five stories, I recognised that I was one. I was a fast runner, got picked early on for playground teams, preferred swinging around on the school climbing frame to skipping with girls and don’t remember crying much or getting easily upset.  I remember being given a rather ornate doll one Christmas, as did both of my older sisters, and thinking “What am I supposed to do with this?” I liked teddy bears, not dolls.

When I watched old black and white western movies in the holidays, I imagined what it would be like to have a gun and go around chasing the bad guys. The lack of brothers meant that cars, cap guns and trains were not on offer in my house. But I liked to imagine.

I didn’t feel much of an anomaly among my peers; in fact, a friend round the corner who had three older brothers, was also quite like me. And apart from the doll incident, my parents never tried to make me do girly things – like join the Brownies. I didn’t pay much attention to what I wore, either. Thankfully it was the 70s and I wasn’t forced to wear pink. (I’m still not very keen on pink – mainly because it doesn’t suit my skin tone.) I put on what was given -mostly hand me downs – and wasn’t concerned by outward appearance. I loved tearing around on my bike – a childhood as it should be – no pressure, just free to play and be what you wanted to be.

I think at one point I may have thought that I would prefer to be a man when I grew up, but this was not more than a fleeting opinion, triggered by the view that it seemed unfair that men didn’t have to have babies. And at age 10 I really didn’t like the thought of having a baby.

Not until a year or so after puberty did my perspective start to change and I began to develop my own taste for fashion and style. I was influenced in part by my sisters, but overall it was my choice. By the 80s I was an over the top, stripy skirt and silver bangle wearing teen, plastered in makeup. My mum never told me to wear it, I wanted to. I even liked stiletto heels until they started to deform my feet.

Thankfully, since then I’ve scaled back with the makeup, though I’m still rather fond if it, and my clothes vary, depending on the occasion or what I’m doing. I’m equally happy in jeans as a skirt, though I’ll admit to not really enjoying the whole glamour, long dress thing. But I don’t expect I’ll need to do a red carpet appearance any time soon! And as for the baby thing, well yeah, three offspring later I suppose I got over that hurdle. But you tend to think a bit differently by the time you reach your late twenties. It’s part of growing up.

In the same way, many men speak about becoming more gentle or emotional once they become fathers. I’ve read that older men also often experience a longing for intimacy and tenderness that they didn’t need in their younger days.

I’m not sure where my dad would have fitted on the scale – in some respects he was very typically male, in that he loved technology and woodwork and was good with cars and fixing things. On the other hand he hated the pastime of most men of his era – football – in fact, he didn’t like sport at all. And it was my mum who caught the spiders in our house!

The purpose of these observations and personal revelations – which could probably be mirrored by millions around the world – is to demonstrate how we are all different and have varying seasons of life; we should be given the freedom by society to develop at different rates and in different ways.

Children in particular should not be pressured to look or behave a certain way. And new mums would perhaps benefit more from reading 50 Shades of Gender than 50 Shades of Grey – a text that is rife with stereotypes and gender extremes (albeit without the hairy male). Please save us from a world filled with Christian Greys and Anastasia  Steeles! *

And as for that scale we discussed earlier… According to Twitter, over 75% of its follow recommendations that are apparently ‘Similar to @AnnieCarterUK’ are male. I guess I must write and think like a guy then! So I’m probably a 12 or 13 on that scale. But then again, I do like jewellery and lipstick so maybe I’m more of a 24. How about you?

For further reading about one man’s sad and confusing gender story, click here.

For a great article in The Independent that highlights parental opposition to classifying toys by gender in shops, read here.

3 thoughts on “Fifty Shades of Gender”