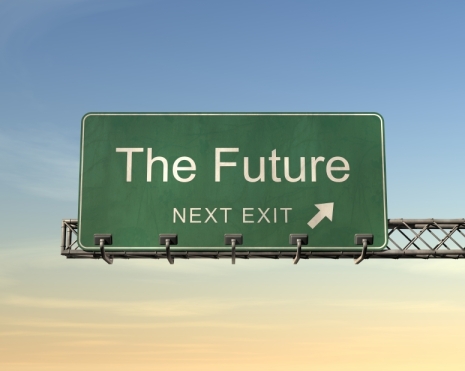 In today’s world we are increasingly urged to think positively, aim high and set ambitious goals for ourselves. The self improvement business has seen unprecedented growth in the last thirty years, with demand for books, seminars and speakers setting off a whole niche industry worth $11bn that didn’t even exist much before the 1930s. Countless success stories of people climbing the ladder or turning their life around serve to remind us of the strength of the human spirit and self determination. High profile figures such as Oprah Winfrey or Bear Grylls inspire us to believe that anything is possible.  The old adage ‘You can do anything if you put your mind to it’ is a popular motto.

Although there’s much to be said for the value of being the best you can be and trying to achieve one’s goals, it would be easy to adopt a self centred focus – seeking only to serve your own best interests at all costs. In the quest to make it in the world and be the best you can be, it would seem that there’s a tendency to forget that we do not live in a vacuum, where what we do or say only affects us, but rather that our destinies are intertwined with the people all around us – our family, our neighbours, our friends and co-workers.

The sentimental classical movie It’s a Wonderful Life shows us how just one life can make a difference to many others.  If George Bailey hadn’t been born, he would not have been there to save his younger brother’s life or to prevent a young woman’s demise. In a similar vein, the more recent movie The Butterfly Effect starring Ashton Kutcher, explores the issues of abuse and positive and negative interactions between people and how those actions can trigger a chain of events for good or evil. Although the premise of the movie is based on one man’s disturbed childhood and consequent psychological disturbances, the theme that runs through the film is a desperate attempt to consider whether we can effect major change in others’ lives depending on our own choices and actions. The dilemma for the main character exists in his stark inability to do all the right things to help others be successful and avoid destructive forces in their lives. The viewers soon realise the impossibility of one man’s mission to make everything perfect. Ultimately, he reaches the conclusion that is polar opposite to It’s a Wonderful Life – namely that his friends and family would all be better off if he had never been born.

In one sense, The Butterfly Effect is rather negative or nihilistic. There is no hope other than his having not been born. An alternative reality where the negative issues are worked through, resolved and where everything turns out okay is not offered. For the most part we realise that ‘happy ever after’ endings are mere fantasy for most people, let alone groups of people.

The flawed part of this story is in the glossing over of the fact that other people also determine how their life turns out, according to their own choices. We’re led to believe that the lead role has the power to save or destroy others’ futures according to his actions, yet it’s clear that there are a vast number of factors which shape a person’s life and affect their choices or the consequences of what happens depending on whom they live and interact with. It wouldn’t be drama without these stark twists of fate with their extreme chain reactions; we’re meant to feel disturbed and left wondering about the influence of our own decisions and the effects of our relationships with others.

This is a good thing. It’s good to be reminded that our lives are inextricably linked to other people’s – that we may not only be the master of our own destinies but also other people’s. At the same time, the movie depicts the fallen, imperfect world that we inhabit; we cannot be its saviour and make everything just right for those around us. One human is simply not that powerful, to erase all pains and troubles from others’ lives. Nor are we able to go back in time and make different choices. We all make mistakes or poor choices and have to endure some of those consequences.

Faith in Christ will also not automatically wipe away the hurtful and alarming things we’ve encountered this side of eternity. Whether you are a Christian or not, we all have to deal with the cards dealt us in life and face up to the circumstances surrounding our childhoods. But I am convinced by the message of hope and redemption in Christianity that is only lightly hinted at in the movie I watched. A life redeemed by Christ’s power is able to transform the stories of our lives, but we need to be open to the significance that our words and actions bring. Despite the pointlessness in believing we can effect change for anything and everyone (we certainly can’t) – we do have some measure of influence over some circumstances and situations, especially as adults. Although we’re unable to control the actions of others, we may well play a crucial role in steering another’s life in a positive direction.

The movie did then remind me that words and actions can be significant and that, to a certain degree, we can be effectors of change and influence. Ordinary individuals can wield power that is far reaching or that triggers a turn of events – either in a positive or negative way. I know that I, for one, long to use my words, my relationships, my actions to bring about positive influences  – and that it’s only in considering the circumstances of others more that I come to realize that life is not all about ‘me’.  If I know you, my life is linked to yours. The realisation of that truth is mind boggling.

For those who follow Christ, we have the reassurance that we can commit our daily lives to Him and be sure of his guiding hand over our life. We need not stress over the ‘right’ or ‘wrong’ choices; we can only live as best we can with the knowledge that a life entrusted to God is secure no matter what we go through.  None of us knows what the future holds and we cannot control other people’s actions or reactions. But we can know the One who holds the future and who promises to walk beside us every step of the way.

We can also live more aware of the role that we play in the futures of those around us. We are in no way responsible for everything – (What a burden that would be!) – but we can play a part in writing the futures of others. Part of our humanity is irrevocably tied into the common themes and experiences we share with others. One day we’ll look back on the story of our lives to see what we wrote and what roles the different characters in our story played. In many ways, how we behave and interact today will be featured in the future stories of those connected to us. And I find that quite incredible to grasp.